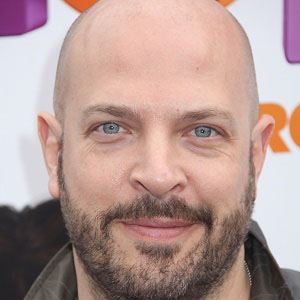 Actor notable for his appearances as Victor Krane on the Disney Channel's Lab Rats and as Liam on HBO's True Blood. He is perhaps most well known for his portrayal of King Aegeus on the SyFy series Olympus. He has also appeared in Guardians of the Galaxy.

After graduating from the Yale University School of Drama, he appeared in episodes of Charmed and V.I.P.

In 2012, he made several appearances on the soap opera The Young and the Restless.

He appeared on General Hospital during the soap opera's 2007-2008 season, sharing a storyline with the character played by Kent King.

Graham Shiels Is A Member Of