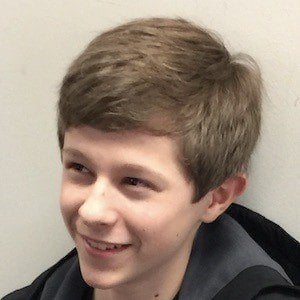 Young Artist Award-winning actor for his performances in My Little Pony: Friendship Is Magic and Impastor who also earned nominations for roles in Once Upon a Time and the TV movie Perfect Match. He later had a major recurring role in the 3rd season of FX's Fargo before joining The Good Doctor as Young Shaun Murphy.

He also earned a 2015 Young Artist Award nomination for his performance on stage in Mary Poppins as Michael Banks. He began performing on stage in 2013.

Film credits of his would include Woody Woodpecker, Summer of '84 and Stargirl.

He has a twin brother named Toby Verchere and is the first cousin of Will Verchere-Gopaulsingh.

He was cast as the younger version of Freddie Highmore's character in The Good Doctor.