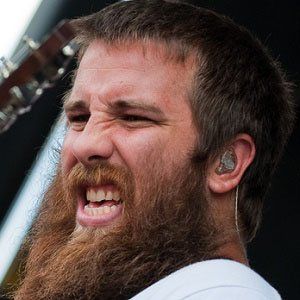 Famous for his membership in the Christian hard rock band Underoath, this bassist contributed to several of the group's albums, including They're Only Chasing Safety, Define the Great Line, and Lost in the Sound of Separation.

He joined Underoath in early 2002, though he was not featured on that year's Underoath album, The Changing of Times.

His band's final album, Ø (Disambiguation), rose to number twenty-three on the Billboard music chart upon its 2010 release.

He was born and raised in Florida. His Instagram posts highlight his relationship with Malorey Skidmore.

Brandell and vocalist Spencer Chamberlain are both famous as members of Underoath.

Grant Brandell Is A Member Of