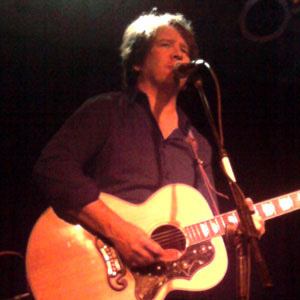 Best known for the songs Fuzzy, Mockingbirds, and Truly, Truly and his mastery of the acoustic twelve-string guitar.

He started playing the guitar as a young teenager. He paid for his evening classes at UCLA by tarring roofs during the day.

He was voted Best Male Vocalist of the Year by Rolling Stone magazine in 1994.

He fathered a daughter named Violet.

His music style was compared to that of Van Morrison, Neil Young, Bruce Springsteen, and Bob Dylan.

Grant-Lee Phillips Is A Member Of