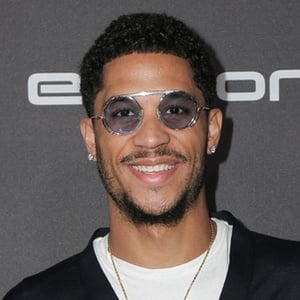 Guard who helped lead Villanova to an NCAA Championship in 2016. He was a first-team All Big East selection in 2016, averaging a team-best 15.5 points per game. He was drafted 30th overall in the 2017 NBA Draft by the Utah Jazz, who then traded him to the Los Angeles Lakers.

He starred at Sidwell Friends School, averaging 24 points and 13 rebounds as a senior, which made him a top 100 recruit for the class of 2013.

During the 2014-2015 season, his sophomore year, he was named both the Big East Sixth Man of the Year and the Big East Tournament's Most Outstanding Player.

He was born to Moses and Pat Hart and has two siblings. He's distantly related to Elston Howard.

He and Daniel Ochefu have played together on Villanova.

Josh Hart Is A Member Of