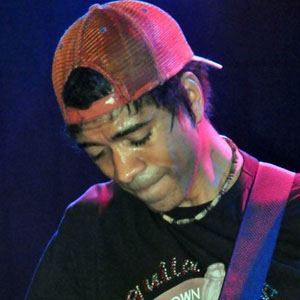 Guitarist and composer whose career has spanned three decades and who has appeared on albums like Michael Jackson's Immortal.

He began his professional music career right out of high school.

His brother Albert was the singer in his band throughout the 1980s.

He is a behind the scenes collaborator with many top acts, including Rihanna.

Greg Howe Is A Member Of