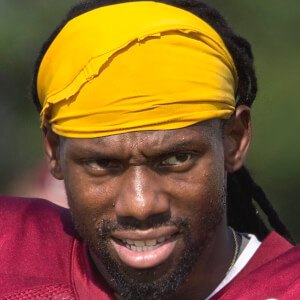 Cornerback who played for the Arizona Cardinals from 2009 to 2012 before joining the Indianapolis Colts. He was drafted in the fourth round out of St. Paul's College, where he was a CIAA All-Conference selection.

He played for the DC Explosion in the NAFL after graduating from Northwestern High School in Hyattsville, Maryland.

He became the first player from Saint Paul's College to be drafted into the NFL.

His mother is Joyce Toler.

He has played with fellow cornerback Vontae Davis in Indianapolis.

Greg Toler Is A Member Of