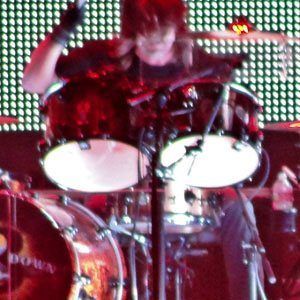 Drummer for the alternative rock band 3 Doors Down who joined the group in 2005 and went on to become a central piece in their music.

He performed with the hard rock band Eleven, then split off to become Chris Cornell's solo drummer, and from there joined Puddle of Mudd.

Initially he was brought in on a fill-in basis to 3 Doors Down, but by 2008 they built several songs, included "Feet in the Water," based on his style.

He grew up in Bayou Cane, Louisiana.

He replaced Daniel Adair in 3 Doors Down.

Greg Upchurch Is A Member Of