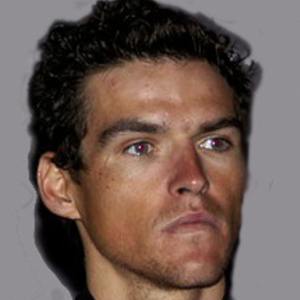 Professional road bicycle racer who competed as a member of the UCI WorldTeam BMC Racing Team. He has won several individual road races and is also known for posting pictures both of his racing and his preparations to his Instagram and his over 280,000 followers.

He first began racing at the age of 19. In 2007 he signed his first professional contract for the Predictor-Lotto UCI ProTeam. He continued to excel and went on to compete in his first Tour de France in 2015.

He is known for winning a variety of events and races with his most notable being the Men's Individual Road Race event at the 2016 Summer Olympics.

He was born and raised in Lokeren, Belgium. Both his father and grandfather were professional cyclists.

Other professional cyclists who are also race on the UCI WorldTeam include Tom Dumoulin and Rohan Dennis.

Greg Van Avermaet Is A Member Of