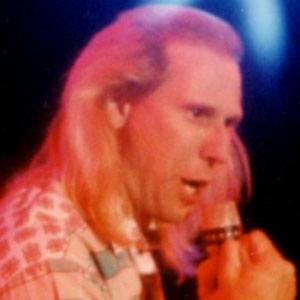 He started his own band called The Wombats when he was 13 years old.

He was offered the role of lead singer in the band REO Speedwagon in 1976, but declined because he thought the position conflicted with his faith.

Greg X. Volz Is A Member Of