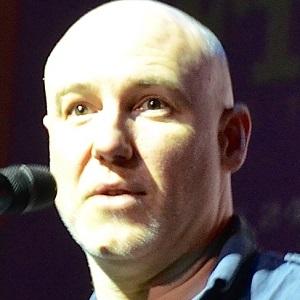 Singer-songwriter with the band New Radicals who sang the hit song "You Get What You Give" in 1998.

He released a solo album in 1992 called Intoxifornication, which received little attention.

Rivers Cuomo of Weezer released a cover version of Alexander's song, "The World We Love So Much," in 2007.

He has an older brother named Stephen and resides in New York.

He wrote the Grammy Award-winning song "The Game of Love," performed by Michelle Branch and Carlos Santana.

Gregg Alexander Is A Member Of