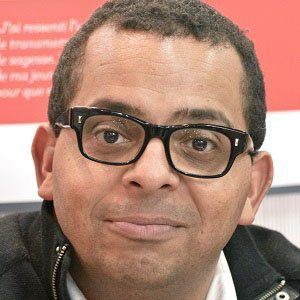 Notable as both a television and radio personality and a musician, Charles hosted Canadian programs such as Culture Choc and Que le Meilleur Gagne and recorded the 2006, double platinum album I Think of You, as well as the 2007 and 2011 albums Loin de la Lumiere and Quand J'ai Dit.

He was the winner of the Canadian Music Competition at age seven and a competitor in the International Piano Contest at age eleven. In the late 1980s, he made his television debut on the series Chambres en Ville.

He grew up in Montreal, Quebec, Canada, as a member of a family of both Trinidadian and French Canadian heritage.

He and Nelly Furtado were the two top-selling Canadian singers of 2006.

Gregory Charles Is A Member Of