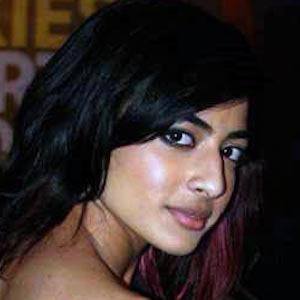 TV show presenter and actress known for her work with MTV India. After being featured as a contestant on MTV Roadies: Season 4, she returned as host for seasons 6 through 12.

She graduated from Vivek High School. She went on to attend college in Allahabad. She was rejected more than once as an applicant to become a contestant for the TV show MTV Roadies.

She was also featured as a contestant on Fear Factor: Khatron Ke Khiladi in season 4. In 2014, she starred in the Punjabi action film Zorawar.

She was born and raised in Chandigarh, India. She began a relationship with Indian soap star Yuvraj Thakur.

She appeared alongside Gauhar Khan on the MTV Indian reality TV series I Can Do That in 2015.

Gurbani Judge Is A Member Of