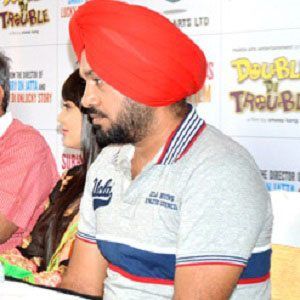 A widely popular Indian comedian and actor, appearing in several TV soap operas, Bollywood films, and in Punjabi cinema. He received wide acclaim after starring in the reality show The Great Indian Laughter Challenge on STAR One TV.

He graduated from Doaba College in Jalandhar, Punjab.

He has appeared as a comedian in many Bollywood and Punjab films including Namastey London, Race, and Asa Nu Maan Watna Da.

He married Kuljeet Kaur and the couple settled in Jalandhar, Punjab with their two children.

He played the role of Sundeep Cheema in Bhaji in Problem with famous Hindi movie star Akshay Kumar.

Gurpreet Ghuggi Is A Member Of