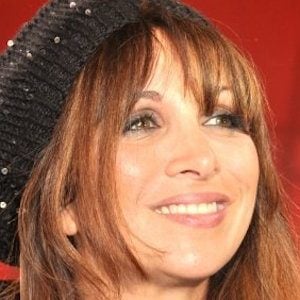 French singer who's also known for playing Esmeralda in the musical Notre Dame de Paris. The 1997 song "Je vous aime adieu," from her debut album, was awarded the Prix Rolf Marbot. As of 2013, she'd released 13 albums.

After leaving home at 14, she worked various jobs while writing songs. After moving to Paris in 1996, her career got a boost when she met one of Dalida's brothers.

Near the end of the 1990s, her career was threatened by cysts on her vocal chords. Treatment was successful and she was able to continue singing.

She had her first child when she was 18, and then two more with husband Mathieu Lecat in the early 2000s. She was born to an Italian father and Armenian mother.

She and Andrea Bocelli performed a duet of Bocelli's 1995 song "Vivo per lei."

Helene Ségara Is A Member Of