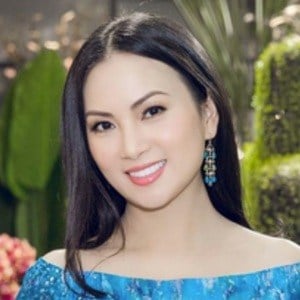 Vietnamese singer and actress who rose to fame after her song "Hoa Cau Vuon Trau" was played during halftime of the 1994 World Cup. She released her book Finding Julia in 2017.

She took dance and music classes at the College of Arts and Culture.

She created the Ha Phuong Foundation in 2008 to help children.

Her parents are Tran Quang Hien and Huynh Thi Cam Van. She has lived in New York with her husband, Chinh Chu, and her two daughters, Diana and Angelina Tieu.

Hà Phương Is A Member Of