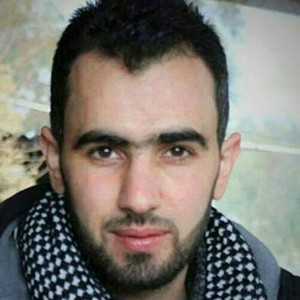 Journalist who has become hugely respected primarily through his in-depth coverage of the Syrian Civil War. For his reporting, he received the Reporters Without Borders Press Freedom Prize in 2016.

He was raised in Al-Qusayr, Syria and earned a Bachelor's degree in nursing from Tishreen University.

He survived an assassination attempt in June 2016, when a bomb blast in his apartment left him with significant injuries to leg, jaw and eye.

He comes from a lower-middle-class Syrian family.

He and Bana Alabed are both famous for their work covering the Syrian Civil War.

Hadi Abdullah Is A Member Of