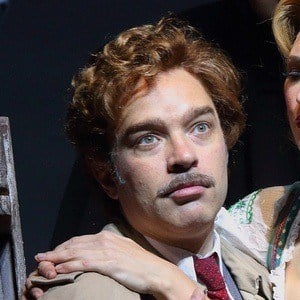 Renowned stage actor who made his West End debut as Marius in Les Miserables and originated the role of Tiernan in the Broadway musical The Pirate Queen.

After earning a degree from Birmingham University, he trained with the Royal Academy of Music, becoming an Associate in 2011.

His West End credits include Pacific Overtures, Assassins, and The Shaughrraun, and the role of Raoul in the 25th Anniversary staging of The Phantom of the Opera in 2011.

He was born to Jack and Carol Fraser, and his brother, Ed Fraser, was an officer in the British Army. He married Rosalie Craig in 2014.

He had a small part as an Army guard officer in the American 2012 film adaptation of Les Miserables, which featured Eddie Redmayne in the role of Marius.

Hadley Fraser Is A Member Of