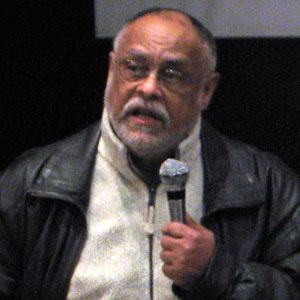 Highly acclaimed filmmaker and prominent leader in the L.A. Rebellion film movement. He was best known for 1993's Sankofa about the African slave trade.

His training at the University of California in 1970 introduced him to the Los Angeles School of Black Filmmakers to which such artists as Jamaa Fanaka, Ben Caldwell, and Larry Clark belonged.

He and his wife, filmmaker Sirikiana Aina, founded the distribution company Mypheduh Films Inc. in 1984.

He and Charles Burnett, director of 1977's Killer of Sheep, were both members of the Los Angeles School of Black Filmmakers.

Haile Gerima Is A Member Of