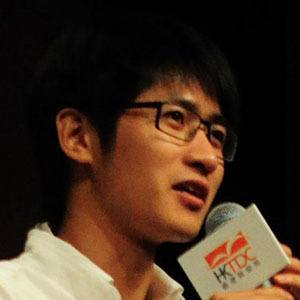 Best-selling author represented by Peony Literary Agency. He is the creator of magazine Party, and is one of China's most popular bloggers. In 2010 he was named as one of the world's most influential people by Time Magazine.

His first essay, Unhappy Days, was published when he was in middle school.

He has been a professional race car driver since 2003.

His parents are Han Renjun and Zhou Qiaorong. He married Jin Lihua in 2010.

He had his directorial debut in 2014. His 2017 film, Duckweed, starred Deng Chao and Eddie Peng.

Han Han Is A Member Of