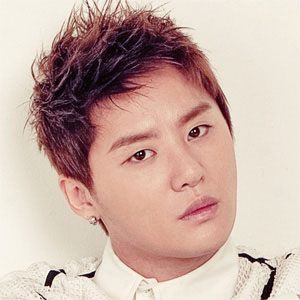 South Korean singer and dancer best known as a member of the pop groups JYJ and TVXQ. He is also an actor who appeared as himself on the Korean series "Scent of a Woman".

In 2003 he was scouted by S.M. Entertainment, who made him a part of the boy band TVXQ.

He took home the awards for Best New Actor and Most Popular Actor for his work on the musical "Mozart!" at the 16th Korean Music Awards.

He has a twin brother by the name of Kim Junho, also known by his stage name JUNO. He began dating Hani in 2015.

He and former TVXQ member Kim Jaejoong formed JYJ after the dissolution of TVXQ in 2010.

Junsu Is A Member Of