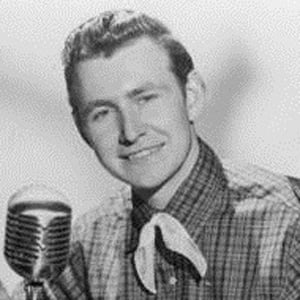 Prolific country songwriter for Patsy Cline and others who also had popular solo works.

He moved to Nashville to start writing songs in 1960 and right away scored a major hit with I Fall To Pieces, which Patsy Cline took to a Billboard Country #1.

He had Billboard Country Top 40 hits with Sally Was a Good Old Girl and country staple A Little Bitty Tear as a solo performer.

He was married to Jeannie Seely, who two years before their marriage won a Grammy Award with Don't Touch Me, a song he had written.

His song A Little Bitty Tear was covered by Burl Ives, who took it all the way up to #10 on the Billboard Hot 100 list.

Hank Cochran Is A Member Of