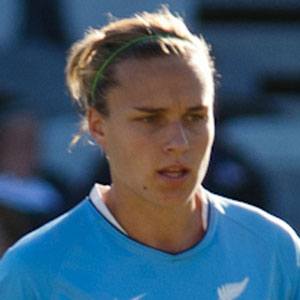 Striker who made her senior career debut for North Force and joined New Zealand's national team in 2010.

She played for New Zealand's U20 team, and scored a hat trick in her first appearance.

She was an All-American in 2012 while at the University of Tennessee, her first year at the school.

She was born in Whangarei, New Zealand, but moved to America to play college soccer.

She competed at the 2012 Olympics, which were won by Hope Solo and the U.S.

Hannah Wilkinson Is A Member Of