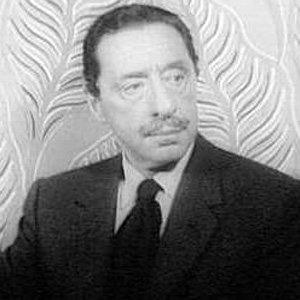 Composer who wrote the score for the 1938 classic film "The Wizard of Oz." He and his co-writer won the 1939 Academy Awards for Best Original Song for "Over the Rainbow."

He played as a piano accompanist in vaudeville during his early twenties. His first song "Get Happy" was composed with Ted Koehler in 1929.

His song "Over the Rainbow," written with lyricist E.Y. "Yip" Harburg, introduced Judy Garland's powerful and moving voice to the public.

His twin brother died the day after their birth. He was married in 1937 to model, showgirl, and actress Anya Taranda.

He had a fruitful collaboration with Johnny Mercer during the 1940s, and the two produced "That Old Black Magic," "Ac-Cent-Tchu-Ate the Positive," "Come Rain or Come Shine," "One for My Baby (and One More for the Road)," and several other hit songs.

Harold Arlen Is A Member Of