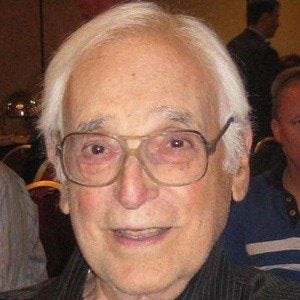 Emmy-nominated actor who portrayed Miles Webber on The Golden Girls and Martin Morgenstern on Rhoda. He was also in several films.

He was born in Schenectady, New York to a Jewish postal worker father and a health department employee mother. He graduated as his high school's class valedictorian and studied briefly at Albany Teachers College before serving in World War II.

He acted in summer stock stage productions and finished his Albany Teachers College Bachelor's degree before earning a Ph.D. in theatre from Cornell University in 1948.

He married Lea Vernon in 1950. The couple had three children--Deborah, Lowell, and Joshua--and were married until Gould's 2010 death from prostate cancer.