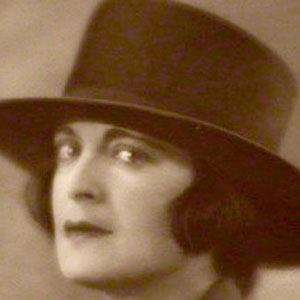 Beloved concert pianist who did much in the 1930s to expose the sufferings of German and Austrian Jews to the world.

She appeared in a joint recital with tenor John Coates at the Wigmore Hall in 1920, marking her first major performance.

She was popular with numerous composers, all of whom wrote music for her, including Béla Bartók who dedicated the last six pieces of Mikrokosmos to her.

She and composer Sir Arnold Bax were lovers. He composed the music to David Lean's 1948 film Oliver Twist in her honor.

She was admired by musicologist Alfred Einstein, who was the cousin of scientist Albert Einstein.

Harriet Cohen Is A Member Of