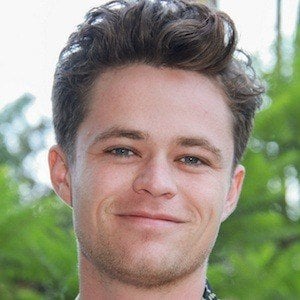 Australian actor who has appeared in various films, with notable roles in Blessed and Beneath Hill 60. He won the Young Actor Award at the Australian Film Institute Awards in 2010. In 2017, he appeared in American fantasy film Fallen and in 2018's Upgrade.

He started acting when he was six years old and played one of his first roles in a local production of Madame Butterfly.

He was born to Julie Sloan and Brian Gilbertson in Adelaide, Australia. He has a sister named Bridget.

He co-starred with Aaron Paul in the film Need for Speed.

In the Tall Grass
Look Away
Need for Speed
More