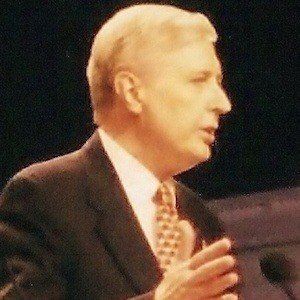 Famous as both a two-time Libertarian Party presidential candidate in 1996 and 2000 and as an author, he also worked as a financial advisor and is known for developing the permanent portfolio investment model.

In his early adulthood, he was a United States Army cryptographer. Before becoming an investment advisor and author, he worked as an advertising executive and subsequently became the editor of Freedom Magazine.

His finance-themed publications include Inflation-Proofing Your Investments and Fail-Safe Investing: Lifelong Financial Security in 30 Minutes. Following the September 11, 2001 terrorist attacks, he wrote a newspaper column titled "When Will We Learn."

Though he was born in New York City, he was raised primarily in Los Angeles, California. He later settled in Tennessee with his wife Pamela.

Harry Browne Is A Member Of