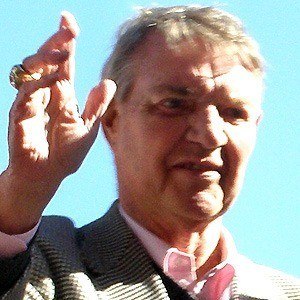 He was drafted into the United States Army immediately after graduating from the University of Iowa.

He had three sons: Todd, Brad, and Kane.

He became known for his love of "High Hopes" by Frank Sinatra, which he sang during numerous broadcasts.

Harry Kalas Is A Member Of