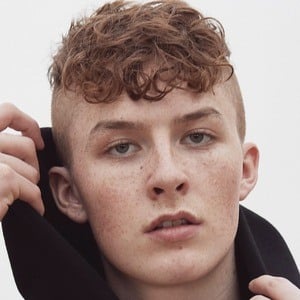 British actor who first became known for his role as Finn Shelby on the crime drama Peaky Blinders. He was cast as Tyler in the 2017 film We Can Be Heroes.

He was 15 years old when he was first cast on Peaky Blinders.

He appeared in a production of Romeo and Juliet while taking GCSE drama at Bournville School. He then partook a BTECH in acting at Birmingham Ormiston Academy. He is vegan and has worked at a vegan cafe.

His father was the one who recommended he go out for the Peaky Blinders' audition.

He would often act alongside Peaky Blinders star Cillian Murphy in the series.

Harry Kirton Is A Member Of