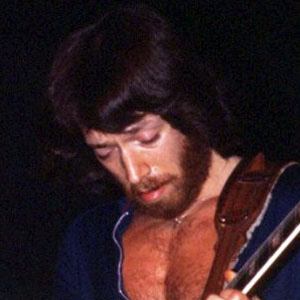 Jazz and rock fusion guitarist who worked with Canned Heat and The Rolling Stones, among others.

He gained fame as part of the Chicago Blues scene of the 1960s and played the lead guitar for Charlie Musselwhite and Canned Heat.

With singing talent, he was not as well known as his rock 'n' roll contemporaries like Mike Bloomfield and Jeff Beck.

He was born in Detroit, Michigan and grew up in a suburb of Chicago.

After Mick Taylor's departure from the Rolling Stones, Mandel auditioned as his replacement, and recorded several tracks with the band on their 1976 album Black & Blue.

Harvey Mandel Is A Member Of