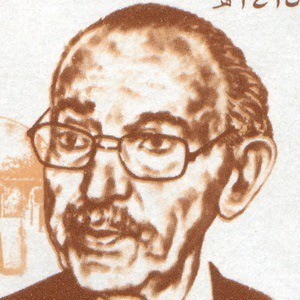 He graduated from King Fuad University in 1926, later known as Cairo University. He accepted a teaching position at the College of Fine Arts in 1930. His first mud brick buildings were erected later in the decade.

He was given the 1980 Aga Khan Award for Architecture Chairman's Award.

He grew up with five sisters and brothers. He married Aziza Hassanein, whose sister was Ahmed Pasha Hassanein. His nephews and nieces sought to preserve his legacy following his death.

He and Louis Sullivan both became world-famous architects, albeit of different generations.

Hassan Fathy Is A Member Of