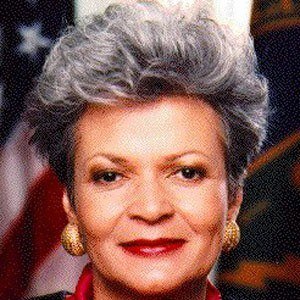 The first African American and the first woman to hold the position of US Secretary of Energy, an office she served from 1993 to 1997. She served as president of her alma mater Fisk University from 2004 to 2012.

She obtained her degree in Law from Rutgers School of Law, after earning her bachelor's degree from Fisk University.

She had a son with her husband John.

She was appointed the Secretary of Energy by President Bill Clinton in 1993.

Hazel R. Oleary Is A Member Of