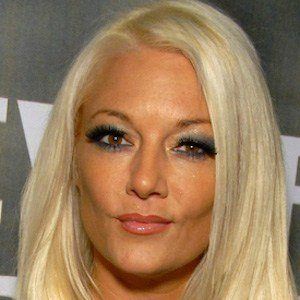 Best recognized for becoming one of the final two in the VH1 reality series Rock of Love in attempt to win the heart of Poison's Bret Michaels. She then went on to appear on I Love Money and Rock of Love: Charm School.

In 2002, after graduating from Ohio State University with a degree in communications, she began working as an exotic dancer and model in Las Vegas.

Following her reality appearances, she became a real estate agent in her hometown of Columbus, Ohio.

Her mother's name is Brenda Brubaker.

In 2009, she earned a guest appearance on Californication, a show starring David Duchovny.

Heather Chadwell Is A Member Of