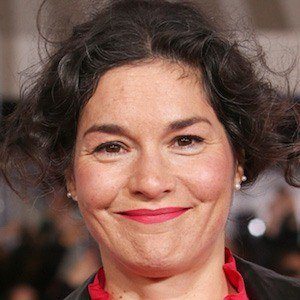 Stage and screen actress who first became known for her Tony-nominated performance in Broadway's Doubt. She then shortly became known as Lina Warbler on the short-lived sitcom The Class.

After graduating from Juilliard, she made her film debut in 1996 starring in I'm Not Rappaport.

Some of her notable film credits include School of Rock, Wedding Daze, and Leatherheads.

She married Doubt costar Brían F. O'Byrne and the pair have two daughters.

In The Class, she starred opposite Andrea Anders and Jon Bernthal.

Heather Goldenhersh Is A Member Of