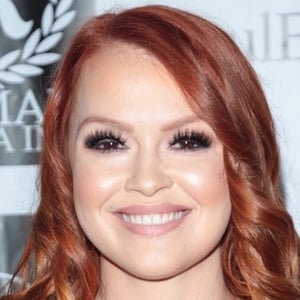 Actress and presenter who first became known for her recurring role on the short-lived series Wicked City. She has also cohosted Collider TV Talk and worked as an interviewer on Movie Trivia Schmoedown.

She earned a B.F.A. in Acting from the University of Arizona before going on to study with Groundlings and at the Upright Citizens Brigade.

She has guest-starred in a number of television shows including Grey's Anatomy, American Crime, and Cooper Barrett's Guide to Surviving Life.

In honor of Mother's Day 2017, she posted an Instagram photo with her mother captioned "Happy Mother's Day to the one and only teensy weensy."

In 2015's Wicked City, she starred opposite Ed Westwick and Taissa Farmiga.

Heather Grace Hancock Is A Member Of