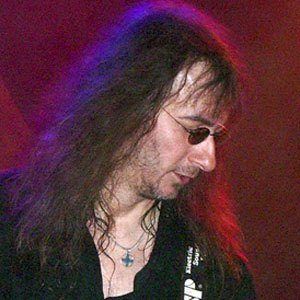 He started out playing his home's piano.

In 2011 he had to sit out a couple of shows after breaking his collarbone in a dirtbiking accident.

His parents bought him an acoustic guitar, which sparked his passion for playing.

He had a cover band playing songs originally by Mick Box and Uriah Heep.

Henjo Richter Is A Member Of