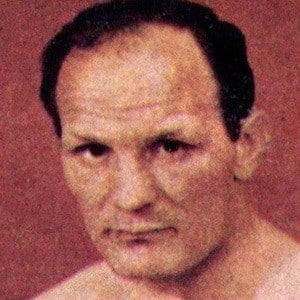 English power puncher who famously knocked down Muhammad Ali in 1966.

He won his first professional bout by way of knockout in 1954.

He was the first athlete to twice win the BBC Sports Personality of the Year, winning in 1967 and 1970.

He was defeated by Muhammad Ali during a 1966 heavyweight title fight.

Henry Cooper Is A Member Of