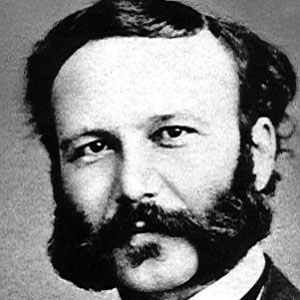 Shared the very first Nobel Peace Prize with Frederic Passy for his efforts of founding the International Red Cross Movement and helping to develop the Geneva Convention.

He worked at a bank called Lullin et Sautter after being kicked out of College Calvin for academic reasons.

He worked as a social activist, businessman, and writer.

He was married to a woman named Susanna and had a daughter.

He was a co-recipient of a Nobel Peace Prize much like Kofi Annan.

Henry Dunant Is A Member Of