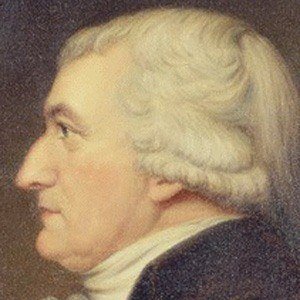 Member of the Federalist Party who served as a U.S. Representative from Delaware, a U.S. Senator from Delaware, and in the Delaware General Assembly. He also represented his state at the first Continental Congress.

He graduated from the College of Philadelphia in 1770 where he studied Medicine. He was later at the Battle of Brandywine participating in the surgical unit during the American Revolution.

He was a member of the Wilmington Academy board and President of the First Agricultural Society of New Castle County.

He was the son of James Latimer, Sr. and Sarah Geddes.

He was in office the same time as U.S. President John Adams.

Henry Latimer Is A Member Of