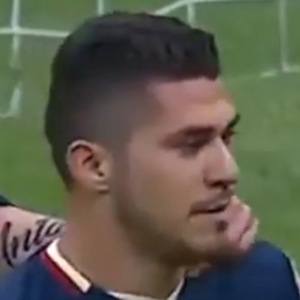 Forward at joined the Mexico national team in 2015 and América in 2018. He has more than 550,000 followers on her henrymartinm Instagram account.

He scored on his debut game with América in a 1-0 win against Querétaro.

His parents are Daniel Martin and Guadalupe Rosario Mex López.

He and Pablo Cesar Aguilar have both played for América.

Henry Martín Is A Member Of