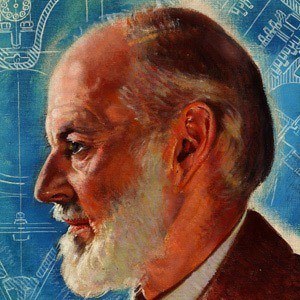 1st Baronet of Seaton and car designer who co-founded the Rolls-Royce automobile company.

He grew up on a flour mill, which failed. After his father's death in 1872, he worked selling newspapers and delivering telegrams. He only attended one year of school.

He became an apprentice at the Great Northern Railway company in 1878. Later he worked at a tool-making company in Leeds and installed theatre lighting for the Electric Light and Power Company.

He lived by the motto, "Whatever is rightly done, however humble, is noble," and was awarded the OBE at the end of World War I, which was started by the assassination of politician Franz Ferdinand.

Henry Royce Is A Member Of