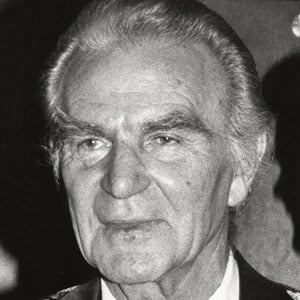 Remembered primarily for his starring roles in Cecil B. DeMille films of the 1930s, '40s, and '50s, Wilcoxon is perhaps most famous for his performances as Marc Antony and the Vicar in, respectively, Cleopatra (1934) and Mrs. Miniver (1942).

Born on the island of Dominica, Wilcoxon spent an unhappy childhood in England, Barbados, and Jamaica. After making his theatrical debut in an English production of The 100th Chance, he first appeared on the big screen in the 1930 film The Perfect Lady.

He acted with Bing Crosby in the 1949 movie musical A Connecticut Yankee in King Arthur's Court.

Following a brief marriage to Sheila Garrett Browning, he was married for over three decades to actress Joan Woodbury. Before ending in divorce in 1971, the union produced daughters named Wendy, Heather, and Cecilia.

He co-starred with Loretta Young in the 1935 feature film The Crusades.

Henry Wilcoxon Is A Member Of