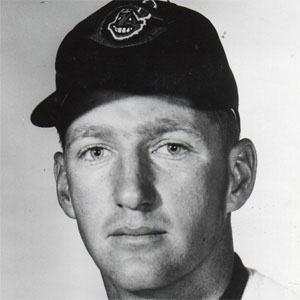 Cleveland Indians pitcher whose career was cut short when he was hit by a line drive.

His record of 284 strikeouts in 1955, his rookie year, stood unbroken for nearly 30 years, until finally topped it in the mid-80s.

A 1957 line drive in a game against the Yankees hit him in the eye, causing serious injury.

He grew up in Rosedale, New York.

As early as the minor leagues he was already drawing comparisons to the Hall of Famer Bob Feller.

Herb Score Is A Member Of