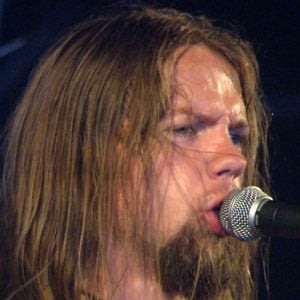 Vocalist best known for his work with a popular folk and heavy metal group called Tyr. Also a solo artist, he released an album entitled Heljareyga.

He taught himself how to play the guitar when he was fourteen; by seventeen, he was playing in local bands.

He learned to fluently speak Danish, Norwegian, Icelandic, English, and German, in addition to his native Faroese language.

He was born in the Faroe Islands and later attended a music conservatory in Copenhagen, Denmark.

He and Rose Kemp both devoted their lives to folk metal music.

Heri Joensen Is A Member Of