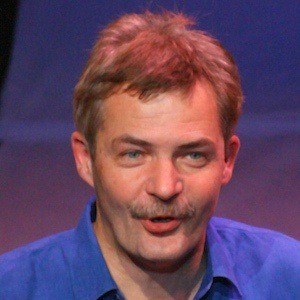 Comedian who is known for his dry wit and strange storytelling. He co-writes material with his brother Wilfried Finkers, who often winds up the butt of his jokes.

He briefly stopped performing in 2000 after being diagnosed with leukemia, and being told he only had 10 to 15 years to live.

He is fond of the Tweants dialect.

His parents are Ben Finkers and Annie Koelen.

He and comedian Jerry Seinfeld were both born in 1954.

Herman Finkers Is A Member Of