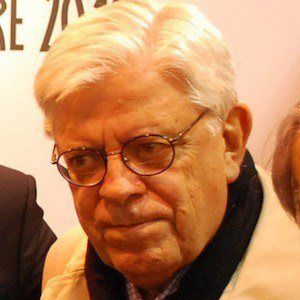 Cartoonist and caricaturist, most known for his work with the Latin periodical El Pais.

His first work -- a portrait of Uruguayan footballer Juan Schiaffino -- was published in Montevideo's El Pais when he was 15.

In 1988, he received the prestigious Maria Moors Cabot prize for his unique and humorous approach to art.

He married Blanca Rodriguez shortly after starting his career.

His caricatures were often of prominent political figures, including former President of Argentina Carlos Menem.

Hermenegildo Sabat Is A Member Of