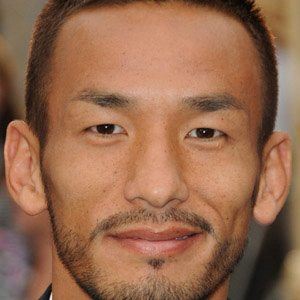 Midfielder who played for Japan's national team from 1997 to 2006. He spent his club career with seven different teams, most notably Parma from 2001 to 2004.

He won the Scudetto with A.S. Roma in Italy and was awarded the Knight of the Order of the Star of Italian Solidarity.

He became a fashion icon, with features in various magazines such as GQ.

He grew up in the Yamanashi prefecture of Japan.

He played alongside Kazuyoshi Miura on the Japanese national team from 1997 to 2000.

Hidetoshi Nakata Is A Member Of