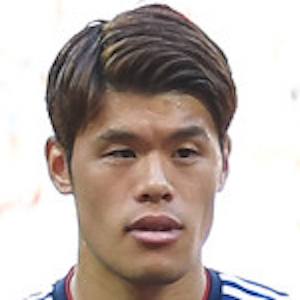 He first joined the school football team when he was in the third grade. He excelled quickly and began his youth career with the Kashiwa Reysol club in 2003 and started his senior career with the club in 2009. He started playing for Japan's national team in 2012.

He was honored with the J. League Rookie of the Year award in 2011 and won the Japanese Super Cup in 2012 as part of the Kashiwa Reysol.

He was born and raised in Kashiwa, Chiba, Japan and was first introduced to football by his two older brothers.

He played alongside Shuichi Gonda as part of the 2018 Japanese national team.

Hiroki Sakai Is A Member Of