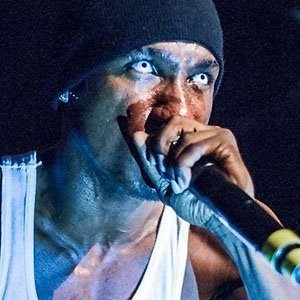 Born Marcus Hopson, he is an independent rap artist whose 2013 album Knock Madness includes the singles "Old Friend," "Hop Is Back" and "Rip Your Heart Out." He first gained recognition for his 2010 album Raw. He is known for performing with white contacts in his eyes.

He developed an interest in skateboarding when he was 12 and started rapping when he was 16. He credits Eminem as a major influence who first got him interested in hip-hop.

He has a number of acting credits. As a teenager, he appeared as an extra in multiple episodes of That's So Raven and in 2009, he played a rapper in the musical drama film Fame.

He was born in Panorama City, Los Angeles, California and raised with two brothers.

He toured with Yelawolf in 2013 after the release of Knock Madness.

Hopsin Is A Member Of